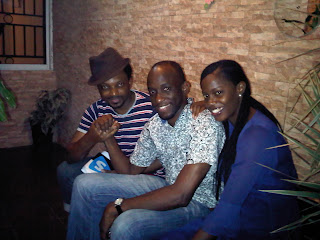 Charles Granville hosted Obiwon and his wife last wednesday as they came to pay him a visit. This visit was very symbolic as Obiwon is now fully back into Gospel Music.

Obiwon has been known for hits like "Oyinye" and "Obimo", Songs that made him a household name in the entertainment industry. He said he's always wanted to do Gospel and now more than ever, is determined to Obey the voice of God and stick to his calling.

Both Artists discussed for hours about the industry at large and how to take Gospel music to the next level. There is possibility of a collab in the nearest future. 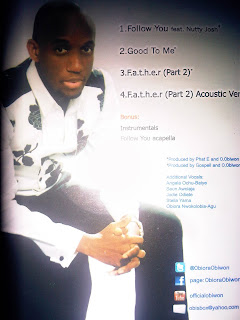 Obiwon stated that he wasn't expecting to be received with open arms by the Gospel music community but is happy with all the love shown so far and promises to release even better tracks than he's done before. He just released some singles and is currently promoting.

It is our prayer that his example and testimony will bring back other talents! We celebrate your return brother!!!!
Posted by United in Spirit at 16:14